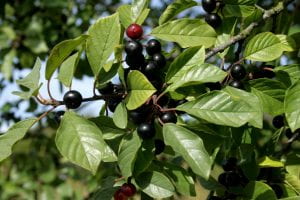 This week in science we learned about invasive species. A invasive species is a species that is not native to where it now dwells. Invasive species can are often caused by humans inadvertently or purposefully transporting the species. One example is zebra mussels. They were taken into the Great Lakes by people’s boats. Invasive species usually disrupt the ecosystem in one way or another. Because they didn’t evolve with the native species they don’t have natural predators, and the local flora and fauna can’t defend themselves against them. This courses many problems including that they dominate their new habitat, with nothing in their way.

We went on a nature walk and observed the invasive species. We ripped up the glossy buck thorn. On the walk I noticed how it took over the entire forest floor, not leaving space for other plants to grow. Some questions I have are: Why is glossy buck thorn so hard to pull up? How do zebra mussels cause a problem? Are grapes invasive?

One thought on “Invasive species”